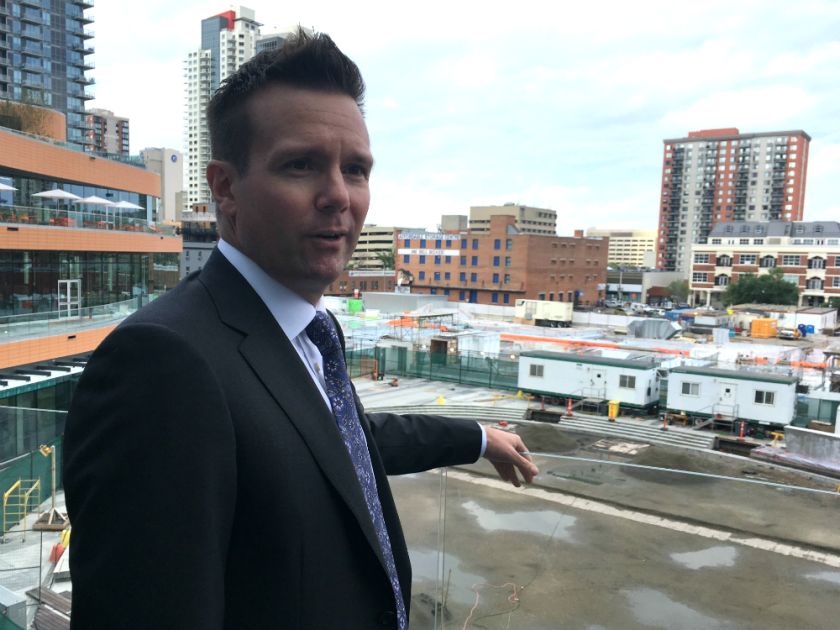 The finishing touches are coming together for Edmonton’s Ice District Public Plaza, with more seating, a working outdoor fireplace and dozen of trees slated for the final vision.

The next big amenity for the plaza, which acts as the main entrance to Rogers Place, will be the fireplace, which is slated to be ready sometime this winter.

“We’re very pleased with the overall progress of Ice District including the Public Plaza,” Shipton said.  “The plaza is vital to that overall vision of the district being this epicentre of energy in our city. We want it to be the place in the city where people can live, work and obviously play.”

The next big change to the space will be the installation of three media towers, which are scheduled to go up in the spring. Shipton said the towers could be used for anything including showing an Oilers game or tailgating.

Those looking to lace up for a skate downtown will have to wait a little longer. Shipton said next year will be dedicated to the construction of Block BG, the site of the former Greyhound bus terminal.

The site will be housing an ice plant for the rink.

“We can’t make ice until we have the ice plant come online,” he said. “The ice plant will come online as we continue construction. Realistically, we’re about a year away from skating in the plaza.”

The plaza is also expected to get a bit greener as the project continues to move forward.

So far, the plaza has 14 trees but the plan is to put in six more when the project is completed. The perimeter — from 103 Avenue to 104 Avenue — will have an additional 26 trees. In total, the project will have 46 trees.

The full vision of the plaza, which is already open to the public, is expected to be realized in late 2020 or early 2021.

Shipton also highlighted the 24-hour underground parkade that’s open to the public. The hourly rate is $6 while the evening and weekend rate is dropping to $4 per hour. Daily parking is $26 and event prices are $20 for Oilers and concerts and $15 for Oil Kings.