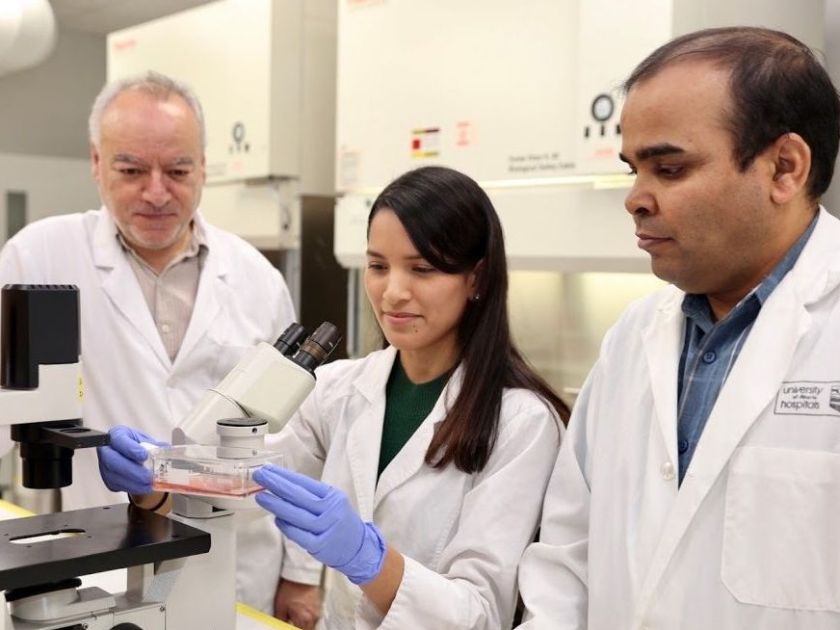 RJH Biosciences, a University of Alberta spin-off company that specializes in health and biotech, received a $100,000 grant from the Bill and Melinda Gates Foundation. The money will be used to develop a new device to do immunotherapy.

An Edmonton-based biotech company has received a $100,000 grant from the Bill and Melinda Gates Foundation to explore how to better deliver immunotherapy in the battle against blood cancer.

RJH Biosciences, a University of Alberta spin-off company that specializes in health and biotech, recently received the grant that will be used to develop an improved immunotherapy device.

“We are encouraged with the decision of the Bill and Melinda Gates Foundation to support our promising approach and move our concept forward,” Dr. Hasan Uludag, president of the company, said in a statement.

Anyeld Ubeda, a research assistant with the company, said the funding means moving forward with the first stage of the project, which is focused around blood cancer.

“Right now we’re working on the first experiments to try to deliver the genes we want to the immune cells,” she said. “The next stage would be starting to do more clinical experiments. (This is) the first few steps but we do have most of the technology developed from the material side. Now we’re using the money to actually apply it for the project for immunotherapy.”

She said the most common type of therapy is called CAR T-cell, which is a form of cancer treatment. Therapies approved for blood cancers use viruses for bioengineering of cells. The research aims to use synthetic nanoparticles instead of viruses to achieve the same result.

“There are challenges associated with viral production,” Ubeda said. “If we can just create a synthetic particle that can do the exact same thing that a virus can, then we think that’s the future because we have total control of whatever particles do. It’s like producing a product that’s always (meeting) the standard requirements and we can totally control.”

Ubeda added that there’s a chance the company could apply for a $1-million grant with the foundation to take the project to the second stage, which would be clinical experiences.

“It’s challenging because in research there’s a lot of unexpected things that come up every day,” Ubeda said. “But I think it’s amazing to be working with something that is so new. It has great potential.”