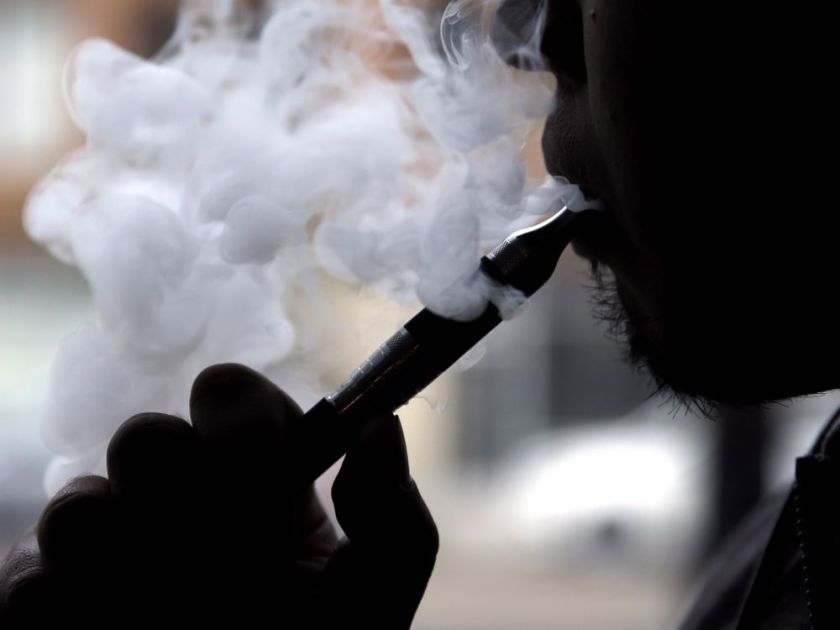 The Alberta government needs to resist using its heavy hand when it comes to new regulations around vaping and e-cigarettes.

This won’t be easy.

Governments tend to love the authoritarian approach, especially in the face of scary new moral panics.

In the past year, news has spread out of the United States of more than 30 deaths and more than 1,500 cases of mysterious lung ailments due to vaping. We’ve also been hit with reports of an ever-growing number of teenagers taking up the e-cigarette habit in Canada. As a result, a moral panic has exploded calling for drastic action against vaping.

This comes even as the U.S. Centre for Disease control has now found a strong link between these deaths and illegal cannabis vaping products laced with illicit substances, such as a vitamin E acetate additive.

In other words — and this is the crucial point — the terrifying health scare doesn’t have any strong link to regulated and legal nicotine e-cigarettes. It’s related to illegal black-market cannabis products.

When e-cigarettes first came out about a decade ago, they were seen as a way for hardcore smokers to quit tobacco. The product has largely lived up to that billing. As Public Health England reports: “Vaping poses only a small fraction of the risks of smoking and switching completely from smoking to vaping conveys substantial health benefits.”

And Health Canada: “Completely replacing cigarette smoking with vaping will reduce your exposure to harmful chemicals.”

The Canadian Vaping Association argues vaping is a harm-reduction tool, but not something for non-smoking teens, says executive director Darryl Tempest, 43.

Tempest wants governments to take reasonable steps to keep it that way, which means striking a balance between making the product attractive to smokers but not to teens.

Essentially this means continuing to allow a high variety of flavoured products for e-cigarettes, but not allowing high levels of nicotine content in products.

There are thousands of different flavours for e-cigarettes, everything from bubble gum to coffee, from menthol to fruit, from cupcake to chocolate.

Prohibitionists want to get rid of flavours because teens also like flavours, but Tempest says the real issue with teen uptake isn’t flavours, it’s the powerful nicotine hit found in newer e-cigarette products such as popular Juul pods.

Tempest’s group is calling on governments to restrict nicotine levels to 20 milligrams per millilitre. This is the level set in England, where there’s no huge uptick in youth vaping, as there is in the United States and Canada.

It turns out that adults who want to quit smoking want the flavour but aren’t that interested in high levels of nicotine in their e-cigarettes, Tempest says. The majority of vape users taper down to three milligrams per millilitre products.

The new Juul vaping product, Tempest says, has a hit of more than 50 milligrams per millilitre, and he argues this nicotine blast is part of what attracts teens to vaping. “If you’re going to attract and addict new users, that’s the way to do it. I couldn’t vape a Juul pod if my life depended on it. I’d be as high as a kite.”

E-cigarette prevalence rates have doubled for Canadian school students from 2016-17 to 2018-19, Health Canada reports. Twenty per cent of students used an e-cigarette in the past 30 days, an increase from 10 per cent in 2016-17.

In response, the B.C. government will soon limit the nicotine content of e-cigarettes to the level allowed in Great Britain. It’s also banning sales of flavoured vape products at convenience stores but, crucially, allowing them at vape-only outlets.

In Great Britain, all public messages about vaping come from sober public health authorities and stress smoking cessation. No private advertising is allowed. Tempest argues this kind of public health campaign is the right way to go.

In the end, vaping should be legal in Alberta but not without the proper controls put in.

The reasonable approach appears to be allowing flavours but only at vape speciality shops, controlling advertising and messaging, and capping nicotine levels in products. That’s how we’ll help smokers quit the tobacco habit while at the same time limiting teens from picking up the vaping habit.