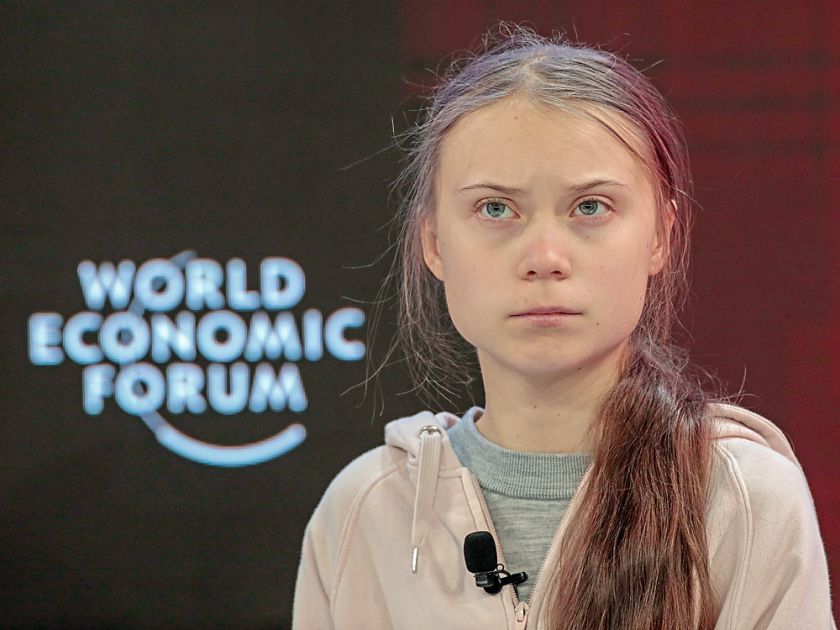 There are a good number of sober, sensible actions that will change the world from a smoggy and smoky place into a clean and prosperous home for us all.

Lashing out in vicious fashion against 17-year-old climate activist Greta Thunberg is not one of them.

That such an attack — in the form of a dark and sexually graphic anti-Thunberg bumper sticker by some Alberta oil workers — happened here represents a massive setback in our hard work of transitioning Alberta into a leading player in the world’s energy solution.

Amnesty International is now calling for a provincial inquiry into the stickers.

Thunberg’s own response was notable for its courage, confidence and wording: “They are starting to get more and more desperate,” she tweeted. “This shows that we’re winning.”

In one short phrase Thunberg lumped in everyone who supports the oil and gas industry with the malevolent few behind the sticker. Of course, Albertans are not collectively responsible for the sticker but headlines worldwide nonetheless linked Alberta’s name to the disgusting act.

It’s also hard to disagree with Thunberg’s assertion that her side is winning. She constantly gets applause at gatherings of world leaders. Her push to end investment in fossil fuels is treated seriously by prominent financiers.

But Thunberg’s winning streak should alarm reasonable people. In recent months she has put forward a series of dangerous ideas.

Yes, dangerous is a strong word, but it’s also fair comment when we consider the harm to humanity that will result if her increasingly radical visions are enacted.

Speaking to world leaders in Davos, Switzerland last month, Thunberg called for a “real zero” solution to climate change, the immediate end of fossil fuels right now. “Let’s be clear,” she said. “We don’t need a low carbon economy. We don’t need to lower emissions. Our emissions have to stop if we are to have a chance to stay below the 1.5-degree target … We must forget about net zero. We need real zero.”

Her statement made me wonder what kind of bubble Thunberg exists in. Could it be that not one person has ever told her that fossil fuel use has been a crucial driver for billions of people to move from wrenching poverty into better health and welcome prosperity?

Has not one knowledgeable adult helped her understand the immense suffering that will arise out of any abrupt end to fossil fuel use?

In November, Thunberg and two other activists called for social revolution in a post at Project Syndicate.

The goal, they said, was “to change everything.”

“Action must be powerful and wide-ranging. After all, the climate crisis is not just about the environment. It is a crisis of human rights, of justice and of political will. Colonial, racist, and patriarchal systems of oppression have created and fuelled it. We need to dismantle them all.”

Again, what kind of bubble does Thunberg live in where she’s evidently unaware of the misery that’s been caused by well-meaning but radical revolutions, from France in 1789 to Venezuela in the early 2000s?

It’s worth pointing out that her fossil fuel divestment plan would immediately see a clampdown on oil production in countries like Canada where social justice is respected, shifting production to places where women, LGBTQ, religious minorities and political opposition are under grave threat, such as Russia and oil dictatorships in Iran and Saudi Arabia.

The remedies put forward by Thunberg and her extremist bubble look to be far more deadly than the disease of climate change itself.

Thankfully, in Alberta at least, a huge bipartisan coalition is digging into the issue of emissions reduction like never before.

We’re pushing hard to export low emissions natural gas that can replace coal-burning plants especially in China, which uses more coal than the rest of the world combined.

We’ve put a hefty emissions tax on our own oil production and have an ongoing laser focus on reducing oilsands productions emissions.

Finally, in the face of Thunberg’s open support of a small First Nations faction that opposes the Coastal Gaslink pipeline, we’re standing with the vast majority of Indigenous Canadians now ready to join in the prosperity that flows out of oil and gas production.

Alberta’s response to climate change is increasingly sound and serious.

We must now do all we can to ensure this effort is what makes headlines around the world, not bozo eruptions from our own lunatic fringe.