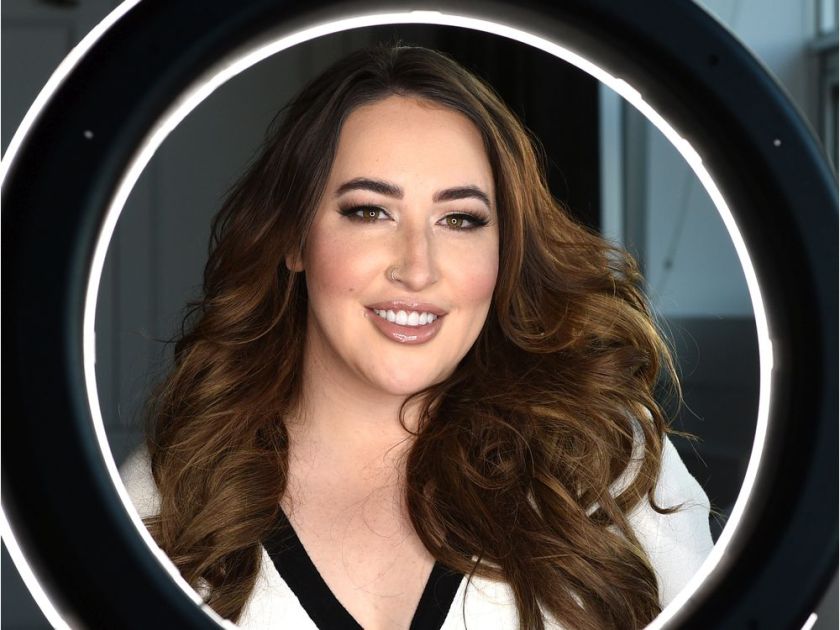 Almost always “no” really does mean “no.”

Whether it’s making a sale or applying for a job, when someone hears “no,” that’s usually the end of it.

But on one crucial business decision, Edmonton entrepreneur Courtney Buhler, 31, refused to accept rejection. Buhler’s perseverance is now making all the difference for her Edmonton company, Sugarlash Pro, which Buhler has propelled to the top rank of North American beauty service companies.

Buhler started in the eyelash extension business when she was a 19-year-old single mom, working out of her own apartment doing eyelash extensions. Eyelash extensions were taking off at the time. The newfound popularity came because of a new product that saw individual extensions attached to an individual’s 100 to 250 lashes, as opposed to attaching an entire strip of lashes glued to the skin.

Strip lashes would only stay on for a day. Women can’t swim or sweat with strip lashes, but extensions stay until the lash grows and falls out in its natural cycle of about eight weeks.

Buhler soon had six staff working on about 50 clients per day out of her townhouse. She then moved to a studio. Her staff was booking eight weeks in advance but then, quite suddenly, business dropped off. A ton of complaints about eyelash extensions in general had popped up online, mainly due to incompetent technicians using improper glue and technique to attach the lashes and harming the lashes of their customers.

To combat the online fear and provide reliable and safe service, Buhler started a new company to properly train workers. She developed an online course with a textbook, video lectures and training through video conferencing on Skype, as well as a final exam to provide certification.

“I just think if you’re going to do something, you better be the best at it.”

About 18 months ago, Buhler got word that the biggest beauty retailer in the U.S., Ulta Beauty, was looking to add eyelash extension stations into the mix at their 1,100-plus locations. Ulta needed both training for workers and products. They approached five leading eyelash extension outfits, including Sugarlash Pro, to apply for this contract.

Buhler thought it was worth applying, but Ulta had a complex and rigid request for quotation process. Buhler handed off the task to her management team. They worked for months and submitted, only to get a letter telling them they had failed to make the shortlist.

It was then something clicked in Buhler. “Then I got mad. I don’t like rejection, especially because we had to be it.”

Buhler realized two things. First, that the Ulta business was so huge it was going to define how customers viewed eyelash extensions. If it was done wrong by a competitor, that was a problem for her. Second, that if a competitor got the job, they would be jettisoned to the top of the class.

It’s got to be me, she decided.

Buhler dug into Ulta’s history and found it was a company that tried to sell all kinds of new and different products to everyday women, not just luxury products for wealthy clients.

Buhler was on vacation in Hawaii but at once she went to work on a reply to Ulta management.

Free from the rigid constraints of the request for quotation process, Buhler was able to focus on her company’s case.

She noted how hard it is to properly train techs in eyelash extensions. It would take three months for Ulta to do so, and Buhler argued only her company did online training and certification, so only Sugarlash Pro could ensure quality education. At the same time, Sugarlash Pro also offered simpler services, such as eyelash tinting and lifting, which techs could learn online in one day, then start seeing clients and making money the next day.

“I wrote it in an hour,” she says of the email. “I was actually in the bathtub because that’s where I work the best. I was just rapid firing.”

She sent off the email, convinced in the rightness of her cause. Within an hour, she heard back from Ulta that Sugarlash Pro was back on the shortlist.

A week later, Buhler presented to their board in Chicago. Two months later, she got the contract.

She expects her business will now triple in size, even as it faces the challenge of dealing with a corporate giant and training 5,000 workers in eyelash extensions.

Can she pull it off?