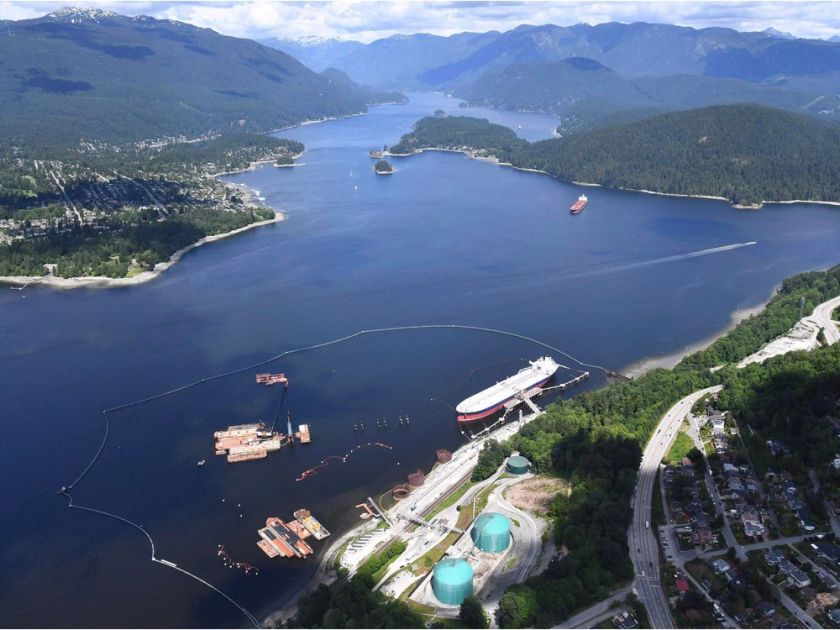 An aerial view of Kinder Morgan’s Trans Mountain marine terminal, in Burnaby, B.C., is shown on Tuesday, May 29, 2018.

How can we fix the Trudeau government’s botched legislation for assessing pipeline projects?

Andrew Roman, the legal expert who so impressed Canada’s oil and gas industry with his piercing critique of proposed federal regulations, has now published a detailed list of changes that are necessary for Bill C-69, the government’s new bill for assessing major industrial projects.

Roman comes at C-69 from a unique position: he’s retired from his Toronto law firm, he’s non-partisan, and he’s immensely experienced. He worked in administrative law for more than 45 years, including on numerous environmental cases, representing government, business and Indigenous groups.

His entirely sensible prescription for C-69? Roman wants to drain the overt politics and bureaucratic bloat from the regulation. He advocates eliminating the numerous new litigation triggers in C-69, thus allowing private companies to proceed in responsible fashion without being compelled by our government or our courts, as C-69 would have it, to bear the weight of the world on issues such as climate change and sex and gender relations.

It’s crucial to remember that pipelines aren’t all-powerful world-killing bogeymen. As Roman says: “The degree of public alarm over pipelines is out of all proportion to the environmental and social risks they actually pose.”

It’s also the case that pipeline hearings were never designed to save the world and bring peace everlasting. They’re supposed to make sure oil moves safely through an underground pipe and to fairly address the interests of landowners and Indigenous groups along the route.

Is that tried-and-tested approach really so bad? Is that not, in fact, sound government regulation? Why load up the process with social and global green issues?

“The (Trudeau) government has lots of worthy objectives,” Roman says. “They just don’t have anything to do with assessing the pipeline. So don’t put all the worthy objectives that represent the total Canadian government policy on top of this poor, little statute that is supposed to look at a skinny, little piece of pipe underground.”

Indeed, the government has abundant resources, power and numerous laws already in place to deal with human rights or criminal acts around sex and gender, as well as numerous laws and policies to deal with climate change, such as the imposition of a carbon tax.

Nonetheless, the regulator will be compelled to dive into speculative and/or tangential areas, turning the hearing into a slow drip of repeated concern and complaint.

“This could be a 10-year pipeline hearing …,” Roman says. “You’ll never finish.”

C-69 requires the new regulators, the Impact Assessment Agency, to consider more than 20 factors before approving a project. Each factor could be a trigger to challenge the final decision in court. These mandatory considerations should be axed, replaced with the notion that the regulators may consider these factors, not that they must do so, Roman says.

Instead of this ballooning list of must-do considerations, the Trudeau government would be better off simply to appoint the best, most qualified, trustworthy and socially conscious people to conduct the impact assessment and let them do their jobs, Roman says. “Is it really necessary to attempt through law to program them like robots?”

Another problem with C-69 is it’s far too political. In the past, the National Energy Board used to hear all the technical and scientific evidence, then decide to proceed or not. If some third party didn’t like the NEB decision, it could appeal to federal cabinet. Roman was involved in five such appeals himself.

But Stephen Harper’s government wrong-headedly changed that dynamic, giving cabinet the final call. Under C-69, political influence is even more overt. The federal environment minister has several windows to kill or delay a project and can do so with minimal explanation, giving her what amounts to “draconian power,” Roman says.

We should go back to the old model, where the expert board decided, Roman says. “It is 98 per cent a technical decision, and two per cent a social and political decision — and yet we’ve made it work the other way.”

This other way unfortunately appears to be the Trudeau way. It’s to over-reach, to turn what should be a technical and scientific review of environmental issues into a showy socio-political tribunal.

This aggressive progressive approach may well please Trudeau’s base. It will also be the end of pipeline projects.