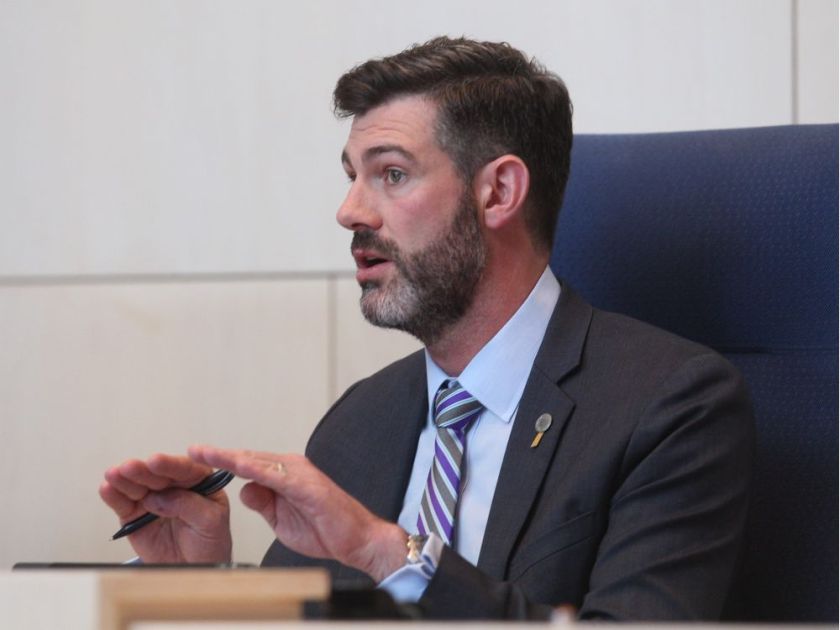 The way city council goes through money and unfailingly raises taxes every year, Edmonton is getting the nickname of “Spendmonton” in local business circles.

The increasingly desperate message from business leaders is that it’s finally time for the city of Edmonton to stop increasing in size and in spending, and to set the tone by freezing property taxes.

Kyle Powell, president and CEO of SureHire Occupational Testing, which has been around 15 years and has 95 employees, says business in Edmonton is a grind, with companies, including his own, looking to the USA for more work.

“It’s getting more and more difficult to make the numbers work in Alberta,” Powell said.

Cutting jobs isn’t the answer, Powell said, at least not for his own company. But it’s crucial for the city of Edmonton to find ways to be more efficient, just as every private business has done in these recent difficult years.

And the last thing any business needs right now is yet another bump in city taxes.

“Maybe just pause on some of our Spendmonton habits,” Powell said. “It would be nice to get a breather. Just let us get through this tough time.

“I just think Edmonton has a spending problem.”

Will city council listen to Powell and other business leaders and freeze taxes?

This council isn’t about fiscal restraint, it’s about new bike lanes, LRT, rec centres and solar panels for city buildings. It’s about selling its progressive vision with a small army of consultants and a larger one of communications specialists.

It all adds up to city council being out of touch with our struggling economy, says developer Tim Melton, who heads up Melcor, a family business in Edmonton since 1923.

“These guys do not have a clue how tough things are,” Melton says. “None of them have got a lot of business experience — and even young business people have never seen the tough times. But this economy is in a lot worse shape than most people want to accept or even contemplate. There’s going to be continued hurt.”

Coun. Michael Walters, at least, has proposed a zero per cent increase in taxes. Walters has heard too much from small business owners to vote for another tax hike. “They’re really struggling. You can’t ignore it. It would be wrong for me to ignore it.”

Some on council argue we can’t have a tax freeze because we should not go back to the 1990s, where little new infrastructure was built in the Klein era. But I don’t buy this argument. As Walters quite rightly points out, with our fully-funded neighbourhood renewal program in place and with around $10 billion in capital spending planned for the next four years, massive spending is baked into the present day cake.

Council can cut by looking at its priorities, its staffing and pay rates and its infrastructure spending.

Powell wonders if we need to build another recreation centre just now. Melton recently wrote a letter to council calling for a delay to the next multi-billion leg of the LRT from downtown to West Edmonton Mall.

An efficient bus system is a better bet at a fraction of the cost, Melton said, pointing out that Edmonton was in a much different and booming economic situation when the west leg of the LRT was first approved.

Coun. Tim Cartmell has supported a Bus Rapid Transit system over new LRT, but he’s not with the majority on council, including Mayor Don Iveson.

“We all know the Mayor is very idealistically set on this thing and he’s just got a lot of guys on council that are part of his network,” Melton said. “He’s got a little clique in there that are basically running the city and I don’t think in a real good direction.

“They’ve got the mentality that they can spend, spend, spend. Council is too inexperienced to counter arguments from their staff and administration and unions. It’s a bad scenario.”

I’m still onside with funding the new west LRT, though that might change if the new Mill Woods leg is another fiasco.

But it’s hard to imagine the city can’t find other cuts to get to a zero per cent tax increase, and do so without any major drop in services. Other businesses do this all the time. It’s speaks to weak and inept leadership that city council can’t accomplish the same.