» News » David Staples: A cannabis pill for a headache? Atlas Growers on the job

David Staples: A cannabis pill for a headache? Atlas Growers on the job 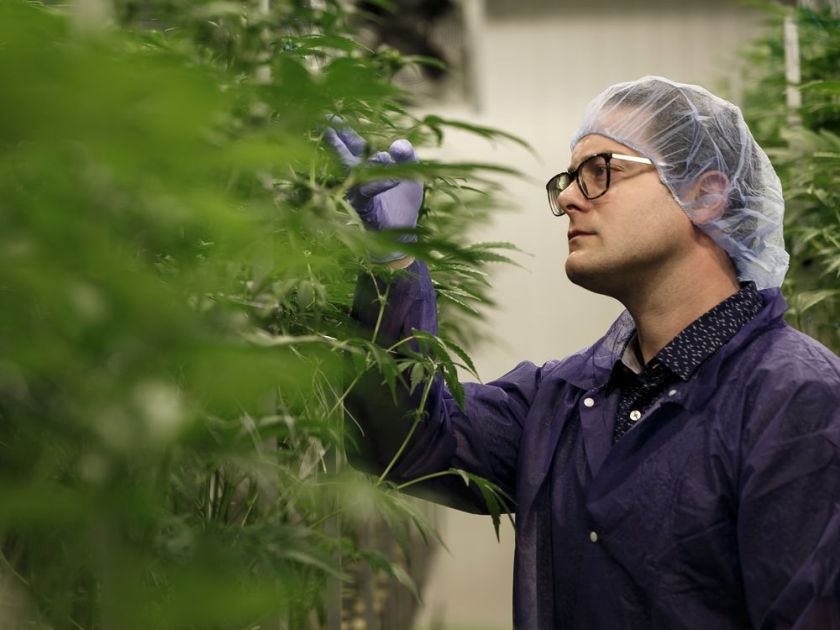 CEO Sheldon Croome, poses for a photo during a tour of Atlas Growers in Lac St. Anne County, on Tuesday, May 28, 2019. The company is partnering with Harvard University to study medicinal cannabis uses. The facillity can currently produce 5,000 kg of dried cannabis annually as well as mass quantities of refined cannabis concentrate and medical delivery products. Photo by Ian Kucerak/Postmedia

Have a headache? How about taking a cannabis pill for relief?

An Alberta medical marijuana company is now hard at work developing such a product. “That would be one of my goals,” says Sheldon Croome, the president and CEO of Atlas Growers, which is now expanding from Canada into Europe.

The mission of Atlas is to discover and prove which human ailments can be helped by the various chemical compounds in cannabis. Atlas is looking for compounds that can be extracted at an industrial scale and developed into safe, non-intoxicating and natural medicinal products.

“Headaches. Joint pain. Here’s a product, take it,” Croome says of the goal. “And you’re not going to be high. You can still drive and it’s not going to test for THC (tetrahydrocannabinol, the psychoactive compound in cannabis) so it’s not a concern for you if you’re working in the oil patch and you get tested all the time. The goal is to create something like that, not just that one, but a few products like that within a portfolio that address ailments for the common people.”

Croome is just 33 years old but he’s been an entrepreneur for almost 20 years. When he was 14 he started up his own eBay business, buying and selling Nintendo and PlayStation video games. He did that for six years, as he finished high school and studied commerce and international business law at the University of Alberta, graduating in 2010.

Out of school, he noticed a trend in the United States where boutique brands of liquor were catching on with young people. He got into the liquor wholesale business. It proved to be an ultra competitive field, dominated by big international companies, but one benefit was that Croome learned about getting into a highly regulated business, with numerous government rules to be mastered. This talent came in handy when he moved into the even more regulated field of cannabis production.

Croome and some partners were also early movers in the vaping business, developing a disposable e-cigarette device, a nicotine-free smoking placebo. They sold it as an anti-smoking aid for older smokers and found a market across Canada. But Croome soon noticed that the percentage of young buyers kept going up. “My passion went away from it,” he says. “It wasn’t the right business because it was transforming into a new generation of smokers.”

He sold out of the company in 2014 and moved into the medical cannabis field, founding Atlas Growers in February 2015.

That same year Croome’s uncle had been dealing with a large cancerous tumour on his optic nerve. His uncle dug into cancer research online and read that a cannabis treatment might help so he bought a product and used it during radiation therapy. Within a month, the tumour shrunk dramatically.

When his uncle told Croome his story, Croome became curious. There were numerous online stories of cannabis being a treatment or cure for numerous ailments, but could any of them be proved?

“I don’t really believe in witchcraft,” he says. “There are so many people claiming it did this, that it fixed epilepsy, that it’s fixed this, it’s fixed that, Alzheimer’s. Cancer. So what to heck is going on?”

Croome founded Atlas Growers to dig into this question in a vigorous and scientific systematic way. “I figured someone has got to prove the science behind cannabis.”

The cannabis plant has more 500 different chemical components, so Croome’s goal is find out which components in which amounts, likely in combination with other treatments, help with which human ailments.

“Anecdotally it’s unlimited, everyone will tell you it fixes everything and it doesn’t,” he says. “Taking a CBD (cannabidiol) pill every day isn’t going to cure all of life woes. But the right formulations with a targeted focus that treat that ailment, I think there is a ton of promise for it.”

Atlas got its licence in 2018 and built a brand new 38,000-sq.-ft facility outside of Edmonton, where plants are grown in carefully controlled indoor micro-climates.

Atlas Growers has now teamed up with researchers at Harvard to study medical cannabis.

The company is also expanding to Denmark. Atlas bought a massive mushroom grow-op and is now converting it into a medical cannabis facility.

“We have a huge opportunity to be a significant part of the world market, a provider of very trusted cannabis inputs,” Croome says.

“I feel great about working in this industry… I feel good getting up every day and working towards this because I know that long term we can help millions of people, not just Canadians, but worldwide.”